Eric Schmitt is Missouri’s 43rd Attorney General and chief law enforcement official. A lifelong, sixth-generation Missourian, Eric is driven by his constitutional conservative beliefs, which he applies every day as the lawyer for all six million Missourians.

The foundation of Eric’s public service has been a commitment to the rule of law and ensuring everyone is treated equally under the law.

Eric knows the law and loves the law. As the first person in his family to attend college right out of high school and attend law school, he realized at a young age the importance of the American idea and how our system of limited government protected freedom and liberty. He learned to appreciate the Founding Fathers and their bold declaration of universal human dignity, where our rights come from and our form of government with power vested in its citizens.

As an attorney, he served for over 16 years in private legal practice where he received numerous awards for his commitment to justice and the rule of law.

Eric’s love for the Constitution – the bedrock of America’s legal system – inspired him to teach a course on American Civics. Eric taught “21st Century American Civics” at his alma mater, Saint Louis University, where students had the opportunity to study the evolution of political thought, the American Enlightenment and to explore leadership qualities necessary to solve the big issues facing America today and in the future.

Previously, Missourians elected Eric as their 46th State Treasurer. Before serving as Treasurer, he was elected twice to represent the state’s 15th Senate District as a Missouri Senator.

Eric and his wife Jaime have three children: Stephen, Sophia and Olivia. Their son, Stephen was born with a rare genetic condition causing tumors on his organs. He also has epilepsy, is on the autism spectrum and is non-verbal.

Eric’s son was his inspiration to run for office to be a voice for individuals like him and their families. One of Eric’s early legislative victories was taking on insurance companies by leading a bipartisan effort to ensure Missouri families are covered when they need it the most – including therapies for autism.

Guided by his life experiences, Eric believes every single person is entitled to dignity, equality of opportunity and a fair shake under the law.

Democrats think raising taxes will fix the inflation they created. The misnamed “Inflation Reduction Act” will supercharge the price hikes wrecking our economy and force families to pay more in taxes. When I get to the Senate, I’ll be ready to stop to these socialist boondoggles.

ESG is a scam. https://www.reuters.com/business/sustainable-business/exclusive-missouri-attorney-general-investigates-morningstar-over-esg-ratings-2022-08-03/

Missouri needs a Senator who wakes up every day to fight for them and their future. I will be that Senator. I will be your voice.

We did it. Now let's go save America! 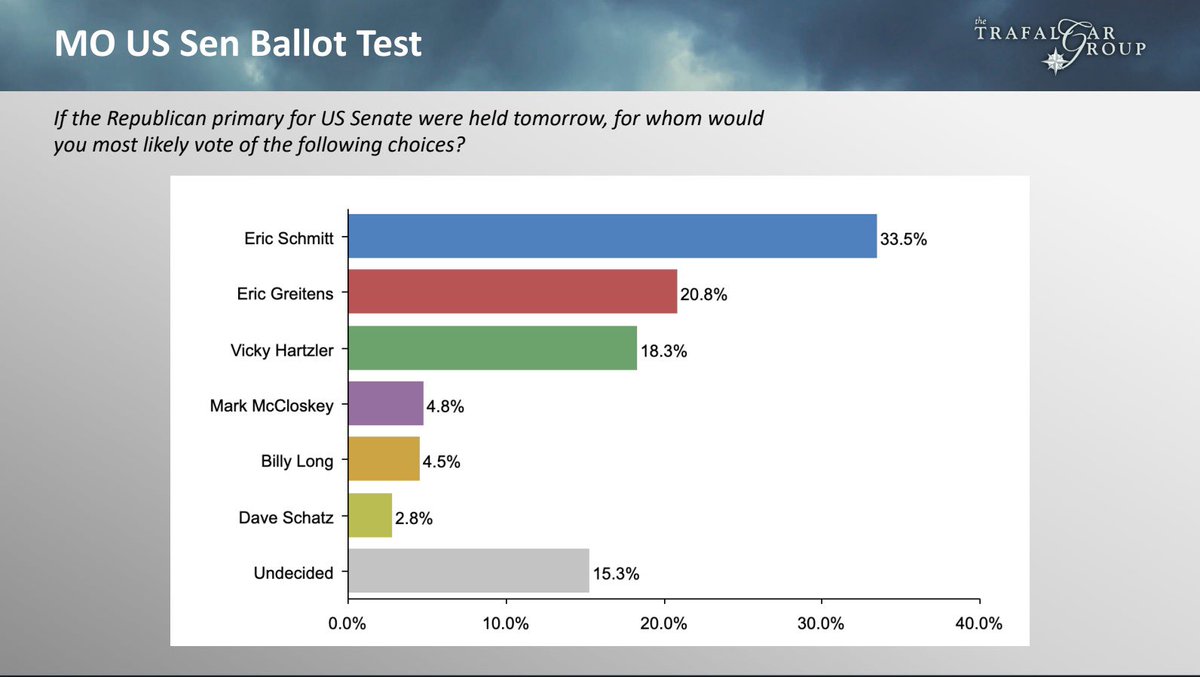