Mark currently serves as Arizona’s Attorney General. He was reelected to a second term in November 2018. Mark met his wife Susan while they both worked as prosecutors at the Maricopa County Attorney’s Office. Recently, Susan was appointed by President Trump to serve as a United States District Judge on the U.S. District Court for the District of Arizona.

Mark worked in the Gang/Repeat Offender Unit while with Maricopa County and prosecuted many difficult and high profile cases from 1992 to 1998. Mark went on to work at the Arizona Attorney General’s Office from 1998 to 2003, where he developed an expertise in gambling law.

Mark previously served as the Director of the Goldwater Institute’s Center for Constitutional Government and authored numerous studies, articles, and briefs advocating for free markets and individual liberty. Mark has also served as an Assistant United States Attorney where he prosecuted public integrity crimes, as well as crimes occurring in Indian Country.

He left the U.S. Attorney’s Office to serve as the Director of the Arizona Department of Gaming, a law enforcement agency that investigates illegal gambling activity and coordinates efforts with tribal regulators to ensure the integrity of tribal gaming.

Mark first ran for office in 2014, defeating the sitting attorney general in the Republican primary, and later beating the heavily-favored Democratic nominee.

Today, our office asked the Ninth Circuit for an emergency injunction to stop the Biden Administration's dangerous Interim Guidance that halts nearly all deportations. I will continue petitioning the courts to restore order and safety for Arizonans.

We are leading 15 states in urging the Dept of Ed to leave the 2014 “Dear Colleague Letter” in the past, where it belongs. Reinstating this discriminatory discipline policy will tie the hands of our schools & prohibit teachers from keeping classrooms safe. https://azag.info/dcll

There are 1,100 gotaways entering our country everyday. National security starts with enforcing existing immigration laws, which our office is fighting for in court. https://www.washingtontimes.com/news/2021/jul/23/gotaways-illegal-immigrant-spike-poses-public-safe/

Biden Administration continues to compromise border security and endanger American communities by endearing themselves to radical left interest groups. That's why we continue to push forward in our lawsuits to protect Arizonans and to hold the feds accountable to the rule of law. 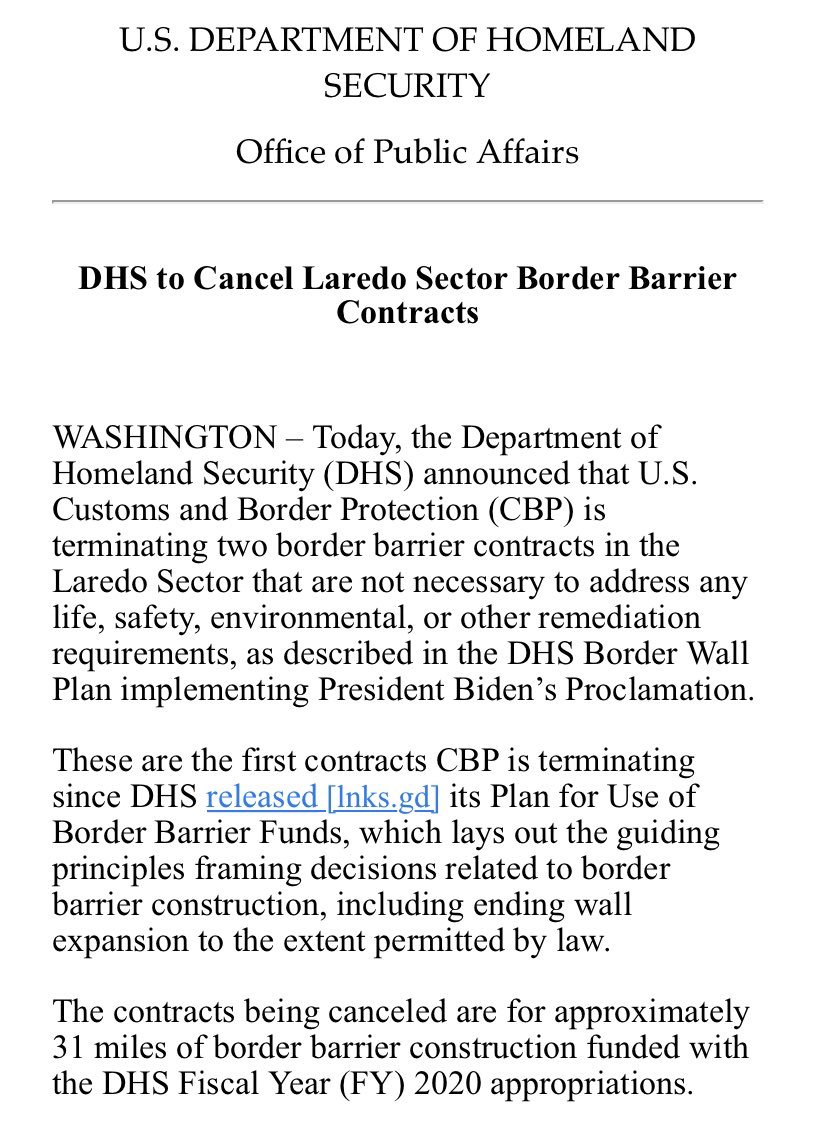 Last week I wrote a letter to President Biden expressing my grave concerns for his reported plans to end the Title 42 policy. Today, by the Biden Administration's own admission, they say ending Title 42 would lead to a "catastrophic" rush at the border. https://www.nbcnews.com/politics/immigration/biden-admin-officials-fear-lifting-covid-restrictions-border-could-trigger-n1274703