Yost earned his undergraduate degree from The Ohio State University and law degree from Capital University. After working as a Columbus Citizen Journal reporter, he began his public service career as Delaware County’s Auditor and Prosecutor. As Prosecutor, he won the first-ever capital case in Delaware County and took down the largest drug ring in the county’s history.

He became Ohio’s 32nd Auditor of State in January 2011 and spent the next eight years fighting fraud, rooting out corruption and “skinnying down” government. In two terms, he helped convict 170 corrupt public officials and uncovered $30 million in stolen and misspent public funds. At the same time, he promoted efficiency by identifying potential savings of $287 million for governments and school districts.

Through his leadership and at his urging, the General Assembly twice enhanced charter school accountability.

In November 2018, he won statewide election as Attorney General, an office in which he now pursues his mission of protecting Ohio’s citizens while aggressively fighting corruption across the state.

Battling the state’s opioid epidemic is a major focus for his administration, including an initiative to bring more scientific resources to bear on addiction prevention. He also is a leader in the fight against human trafficking.
He and his wife, Darlene, make their home in Franklin County. They have three adult children and three grandchildren.

An impressive person—and her formula will work for her in other areas of life. Comfortableness is not a virtue. 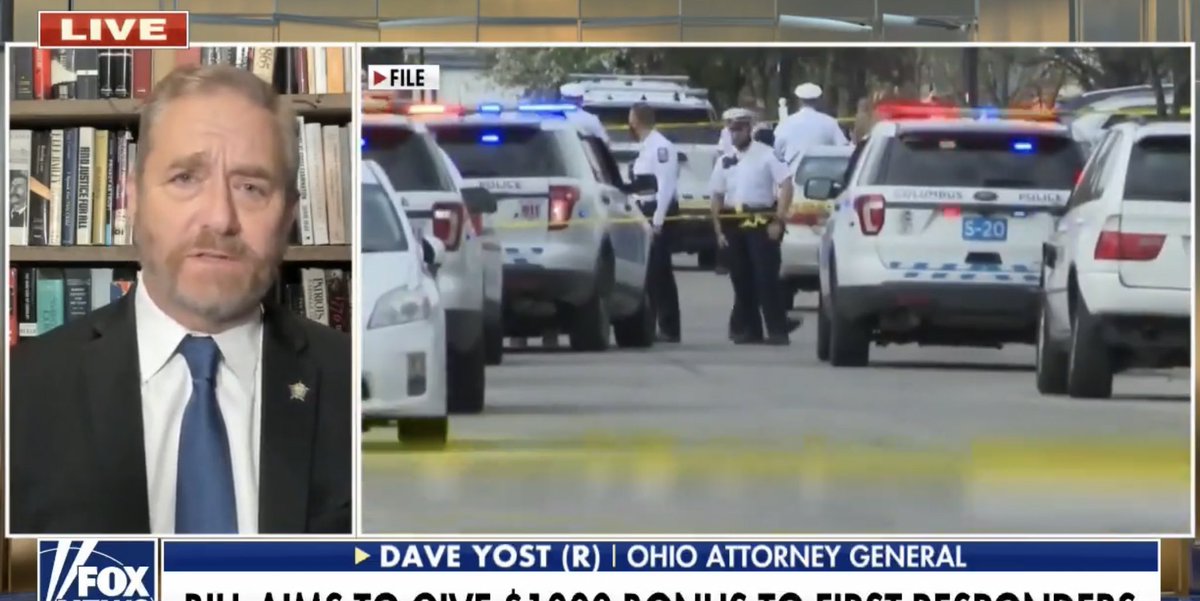 I’ll be on the Fox Report with @JonScottFNC tonight at 6:30 to discuss raging crime and the politicians who make it worse. Tune in!

It’s possible to be pro-police and pro-racial justice.

If reformers force an either/or choice, Detroiters are far more worried about public safety, according to this poll—and based on my conversations, Ohioans brown, black and white agree. https://www.usatoday.com/story/news/politics/2021/07/25/detroit-police-reform-public-safety-defund-suffolk-poll/8001468002/

Wherein the newspaper of record for the Left recalls that individual freedom of speech is actually a foundational doctrine of a free society.
Bravo. https://www.nytimes.com/2021/07/24/opinion/sunday/free-speech-case-New-Jersey.html?referringSource=articleShare

The Cleveland Guardrails are down two at the top of the seventh.